Differences between a C-kite and a hybrid kite 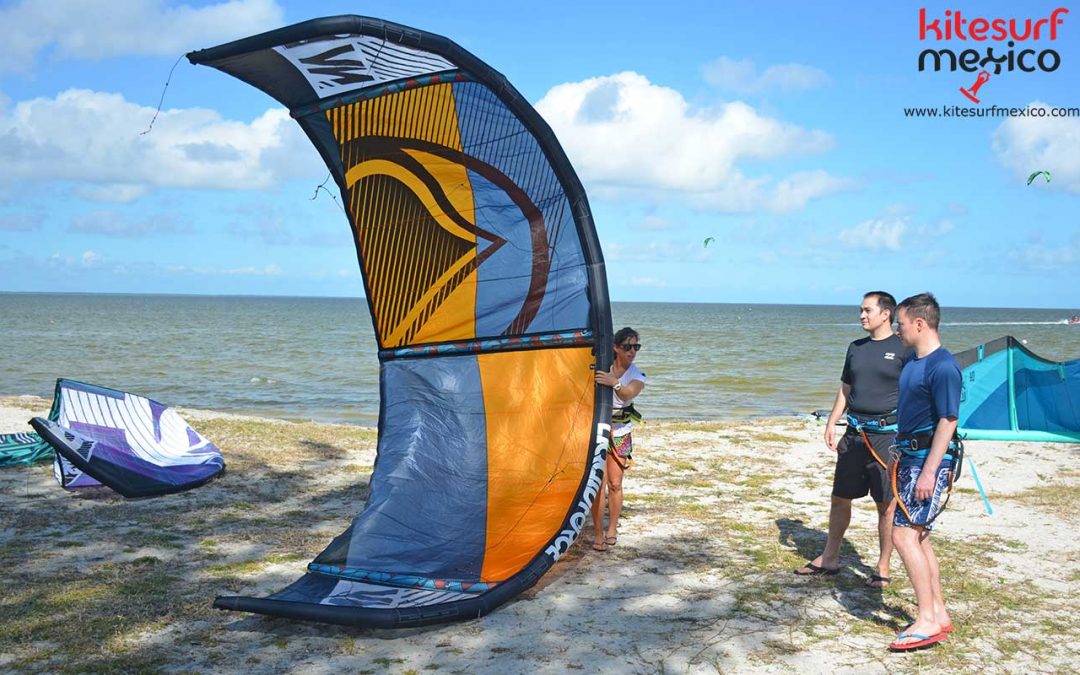 The first difference between these two models is the shape, which is a little more curved in the C models and flatter on the hybrids. The other difference is the connection of the lines to the kite, being direct in the C-kites and supported by bridles in the hybrid kites; hence the name SLE (Supported Leading Edge). These two differences also pose some pretty different characteristics between the two models: a more curved shape in the C-kites generates less projected surface to the wind; therefore, less power compared to a hybrid kite of the same size. 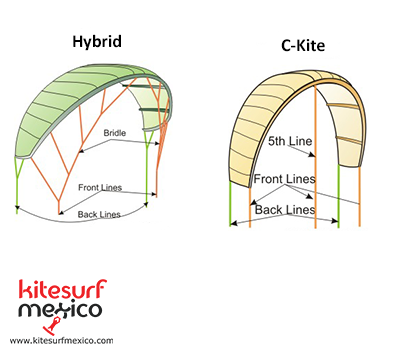 A direct connection between the lines in the C-kites generates a faster, more direct response and a different filling. An optimization for a better fly occurs when the four lines get into a similar tension (effect produced when you get unhooked), and this is why most riders would use a C-kite when doing freestyle.

In the hybrids, the bridles allow for a better support of the leading egde so that the structure can fly with a higher angle respect to the wind thus making it possible to reduce more power in the kite and consequently, have a wider wind window.

The difference of shapes in the leading edge of both kites makes that they also have a different relaunch to water. Hybrids have an easier relaunch due to their half-moon shape; by pulling only a backline the kite turns quickly moving to the window border, ready to go up and fly again. The C-kite tends to stay in the center of the window requiring to pull the fifth line first and the backline in order to make it move to the window border and being able to fly again.

In the last few years, thanks to the evolution of the gears, hybrids are also used in freestyle. Actually, in international competitions, several competitors have used them and won without any troubles.

We have several reasons why you should...
Read More

Have you thought about taking on kiteboarding?

Well, then try it!, and start with...
Read More